The New York Times obituary of Gwendolyn Midlo Hall tells a fascinating life of someone we should have heard more about when she was alive.

Dr. Hall led a colorful early life as a civil rights activist and spent the bulk of her academic career at Rutgers University, where she taught Latin American history. It was only at the end of that time, and later in retirement, that she left her true mark on the fields of colonial and African American history. 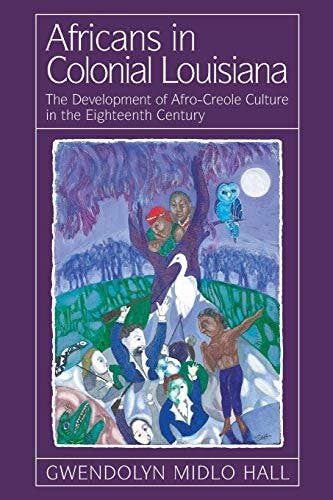 In 1984, a professor at Rutgers University stumbled upon a trove of historic data in a courthouse in Pointe Coupee Parish, Louisiana. Over the next 15 years, Dr. Gwendolyn Midlo Hall, a noted New Orleans writer and historian, painstakingly uncovered the background of 100,000 slaves who were brought to Louisiana in the 18th and 19th centuries making fortunes for their owners.

Poring through documents from all over Louisiana, as well as archives in France, Spain and Texas, Dr. Hall designed and created a database into which she recorded and calculated the information she obtained from these documents about African slave names, genders, ages, occupations, illnesses, family relationships, ethnicity, places of origin, prices paid by slave owners, and slaves’ testimony and emancipations. In March 2000, the Louisiana State University Press published published Dr. Hall’s databases on a CD-ROM.

The data has amazed genealogists and historians of slavery with the breadth of its information. Because the French and Spanish proprietors of Louisiana kept far more detailed records than their British counterparts at slave ports on the Atlantic coast, the records show valuable historical data. For historians who thought such information was lost or could never be collected and analyzed, the database is a once-unimaginable prize.